I won again for the third time! 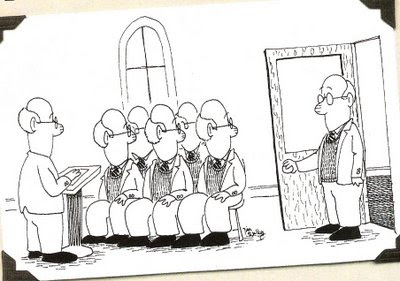 My caption: "Is this the 12-step group for recovering non-conformists?"

I picked up the latest edition of the Leadership Magazine, turned to page 92, and found out that, for the third time, I am a winner in the caption contest. The cartoon and caption I submitted are above. Other captions submitted included:

The artist who drew the cartoon is Tim Walburg

Yours is the best one, of course!