Rep. Ciro D. Rodriguez
I'll be heading down to the town hall meeting sponsored by Rep. Ciro D. Rodriguez this evening at 6:30 p.m. at the Performing Arts Bldg. at Palo Alto College. Just in case I am able to say anything there, I wanted to be able to have specific data along with actual page numbers of the Health care Reform bill provisions. When I Googled for information I hit the jackpot at this site. Use the link to see for yourself the article by Mike Adams, NaturalNews Editor:
http://www.freerepublic.com/focus/f-chat/2300451/posts
There are 49 bullet points to review concerning the bill in the article above, and I must admit that much of this I had never heard before. Is any of this new to you as well?

OK, who's spooked now? I was talking to my barber/beautician while getting my hair cut today, and mentioned two or three of these specifics to her. The lady in the next chair became so panicked by what she overheard, she jumped up and ran to her husband in the waiting room for comfort. The point is that it all panics me as well, and ought to panic everybody.

Posted by Ed Skidmore at 2:01 PM No comments:

The Church: weak or glorious? 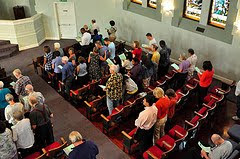 Recently, I was involved in a meeting as an officer in a church planting association with a fledgling congregation experiencing some problems. After the meeting, as I drove home, I thought about the precarious position the baby congregation was in. They had a short history as a congregation, a small nucleus of members struggling to pay bills and keep their heads above water financially, and a seeming weakness in being able to deal with troubles among themselves. We officers had done what we could to help the tiny flock weather their current storm, but the congregation seemed so weak and helpless to all outward appearances.

Having seen so many congregational troubles through the years of my ministry, it is tempting to wonder how any congregation can survive the tempests it is forced to endure during it's time in this seemingly hostile world system each congregation must operate within. Thinking back to Jesus' letters to the seven churches of Asia (Rev. 2-3) we notice the kinds of troubles Jesus pointed out to these second-generation congregations. Among them were such maladies as, losing their first love (2:4), suffering opposition, poverty, and persecution (2:9-10), false teaching and sexual immoralities (2:14-15), compromise (2:20-25), spiritual deadness (3:1-3), persecution by Satanic forces and weakness (3:8-11), luke-warmness, and indifference (3:15-19). That's quite a list: If so many things can go wrong with a church congregation, is there any hope for the local church?

The good news is that even with her imperfections here on earth, the church was God's idea from the beginning. She has been the object of special provision by our loving Savior who died for the church and imparted himself to her so that she will eventually be seen without spot or wrinkle as the glorious bride of the Lamb (Eph 5:25-27) Jesus sent the Holy Spirit to infuse the church with life and truth and leadership (Eph. 4:3-6). This means that the church is unlike any other organization on earth. The church has someone special in her midst giving her a dynamic unlike that of other fraternal and philanthropic organizations. So while the church may appear weak and precarious among other worldly entities, she is under God's special watch care and guidance, and will receive His special provision to the praise of His Glory when she is revealed in full spender as the radiant bride of the Lamb (Rev. 19:7-9) Therefore, though the church may look weak in worldly terms, I know that God in his wisdom, has provided for her everything she needs, and that the church is under God's protection and guidance. What looks weak and fragile to me is actually infused with Spirit imparted life, Jesus imparted Love, and Abba imparted provision. She is much better off than I could ever imagine.
Posted by Ed Skidmore at 12:41 PM No comments: 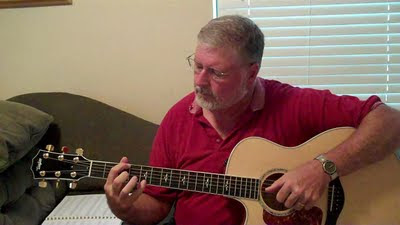 And yet again, I have uploaded a guitar solo to You-Tube. This time it is a prayer medly including these songs: Take time to be holy, Whisper a prayer, Did you think to pray? Again, I played them on my new Taylor 616 guitar. Take a look. Ed
http://www.youtube.com/watch?v=W9wqsxCYGSs
Posted by Ed Skidmore at 5:09 PM 2 comments:

See results of my new video camera on You-Tube

Well, I just got a new video camera and tried it out today. It is a Flip Camera with 8 gigs of on- board memory. I got out my guitar and played a classical piece by Francisco Tarrega called Estudio in E minor. Then I uploaded it to You-tube. You can click on this link to see it on You-tube. Check it out. Ed
http://www.youtube.com/watch?v=Ll3mnom9hvk
Posted by Ed Skidmore at 6:06 PM No comments:

I turned myself in! 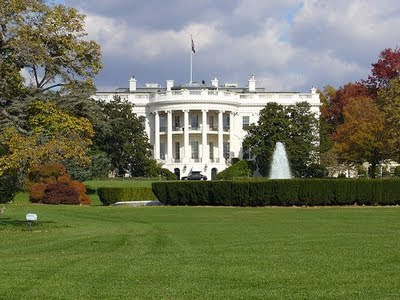 Well, I did it. I turned myself in. I learned from Fox News about the White House Blog that drew fire for suggesting that its supporters send in e-mails to flag@whitehouse.gov turning in e-mails, rumors, or even casual conversations with "fishy information" about HR 3200, the Health Care Reform bill. Well, I'm as full of fishy information as anyone so I turned myself in and sent this e-mail to the above address:

Dear flag (whoever you are),
I hereby turn myself in for holding "fishy notions" about HR 3200, the supposed "health care reform" bill. I have the fishy notion that you want to control as much of every one's life from cradle to grave as possible. Don't worry, I didn't get that notion from reading the 1,100 page bill. Heaven knows I would never take a step that other reps in Congress would not bother to take. But I hear some say that the bill contains provisions to provide govt. funding for abortions. We'll never know till the bill passes (largely unread) and such actions are taken to crank up increased "family planning" procedures. I also hear that there may be population control measures implied in the bill (also unknowable unless one reads the bill and interprets the legalese within it.) And speaking of wackiness, someone said the bill contains language to encourage the elderly to just go ahead and drop dead and do us all a favor, some kind of "end of life" counseling every five years. But we'll never know because no one will actually read the thing (certainly not me or anyone else in Congress for that matter.) Some also declare, in a fishy, wacky way, that major funding for this bill will come from discovering savings in the Medicare program meaning that we will begin rationing health care services to the elderly in this country. Oh well, it's gotta come from somewhere, and after all, we will be counseling them to take advantage of some "end of life" options anyway. Kudos for working hard to take over another 1/6th of the American economy. Well, there you have it, I have more "fishy" ideas, but I won't take time to bore you with them here. At any rate, like the good, compliant citizen I am, I hereby turn myself in to you. So, flag ol' boy, what do you plan to do about it? I know you're already watching me, after all, I've been to a "tea" party or two. I'm one of those "right wing wackos" who just might infiltrate into a town hall meeting and stir up something irrational and, well, fishy! Oh yes, I've carried a sign or two at protest meetings, a real nut job, eh? And yes, I plan to keep it up as long as the first amendment stays in place to protect my right to be as fishy as I choose to be. Sincerely, Citizen Ed
Posted by Ed Skidmore at 8:37 PM 1 comment:

She read the entire health care bill, Listen and Learn!

Fred Thompson
Right now so much is being said about the health care bill and naturally we wonder what is and isn't factual truth and what might be hype and fiction. Well, how about this! Below is a link to an 8 minute audio track of a call in conversation between former New York Lt. Governor Betsy McCaughey and Fred Thompson on the Fred Thompson show. The link will take you to Fred Thompson's site and (after a brief pause) will start the interview. This lady has read the entire bill and knows what she is talking about. Listen to what she says about HR 3200, the Health Care Reform Bill being considered in Congress.
Betsy McCaughey former New York, Lt. Gov. Interview with Fred Thompson July 16, 2009Patient Advocate and Founder of the Committee to Reduce Infectious Deaths Betsy McCaughey calls in the show.
http://tw8.us/if
Posted by Ed Skidmore at 2:07 PM 1 comment: