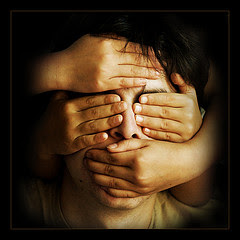 Last week, I read a book called Population Control, by Steven W. Mosher. I thought that it might be good to take a look at it since I was dealing with the topic of population control in my sermon on Exodus Chapter 1 and 2. Unfortunately, it taught me more than I was prepared to learn about modern population control. Consider these inconvenient truths:

· Back in 1968, a Stanford University entomologist named Paul Ehrlich wrote an influential book called Population Bomb. He predicted that a population explosion would bring disaster in the 70’s. He proposed harsh measures of population control to reduce the number of humans on the planet to around 1.5 billion (1/4th of the current level of 6.5 billion). Even though his predictions were grossly inaccurate, his methodologies live on in organizations such as the United Nations Fund for Population Activities (UNFPA), the U.S. Agency for International Development, (USAID), and the World Bank. These three groups work together to fund, and implement various population control programs in many countries as a part of their economic aid programs to needy countries. The point is that those countries that want economic aid must accept population control programs as a condition of their other aid.

· Modern day Population control zealots are hard at work attempting to alter birthrates in no less than 30 countries in Asia, Africa, and South America. They use quotas to enforce contraception on women, vasectomies on men, permanent sterilizations, and they employ coerced abortions. This is happening in countries like China, Bangladesh, Guatemala, India, Kenya, Morocco, Mexico, Russia, Sri Lanka, Tibet, Vietnam, and North Korea. And to our great shame, much of it is financed by American money.

· On January 22, 1973, the US Supreme Court legalized abortion in all 50 states. On the 36th anniversary of that decision, in January of 2009, our new President lifted a ban on federal funding for international groups that promote or perform abortions, thus guaranteeing that our own government will sanction and finance abortions across the globe. And we're not just talking about abortions that are chosen by women who want them. This also includes forced abortions in certain countries and coerced abortions in others. Along with abortions the population control fanatics are also involved in permanent sterilizations for both women and men, often without informed consent and birth control by insertion of IUD's without even explaining to the patient what is being done. These procedures are often performed in remote communities among poor peasants and tribal people who are not aware of what is being done in their midst. What are called "routine medical exams" of women end up in IUD insertions without consent.

I must admit that what I read was quite disturbing. It was much more than what I was prepared to learn about current population control programs, and it angers me to learn that the US government in the form of USAID is at the forefront of both funding, mandating, and managing this madness. It angers me to learn this is going on, and to realize that we here in the US have heard nothing at all about it. No one is even talking about it. Well, I'll say something about it. Perhaps if you want to learn more, you can get Population Control by Steven Mosher and educate yourself.
Posted by Ed Skidmore at 9:07 PM

Thanks for the informative information - I enjoyed reading it! I always enjoy this blog. :) Cheers, what-does-childbirth-look-like.com