What I've learned about "global warming" 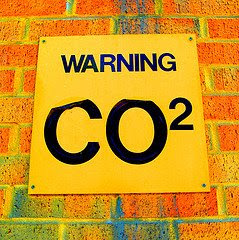 A while back I read a book by Michael Crichton entitled "State of Fear" which dealt with the subject of global warming alarm-ism. Though it was fiction, it was filled with foot-notes and references about actual scientific findings concerning such things as global temperatures, ocean surface elevations, glacial and polar ice etc. I found myself looking at the foot-notes as much as the text of the novel. It was all fascinating, and the main message was that the global warming scare was hype. I hadn't looked into such things before, but the weight of the data was enough to convince me that Al Gore's "Inconvenient Truth" was questionable at best.

More recently, I purchased a book by Christopher C. Horner entitled "The Politically Incorrect Guide to Global Warming and Environmentalism." From that source I have learned the following tidbits about global warming worth knowing:

While I could say much more about this, I believe this is enough information to capture the reader's attention and encourage a little independent research about the fact and fiction concerning global warming. As is typical with liberal media, once again, we are being led around by the nose, so to speak, by the politically correct crowd who's aim is not actually to solve an environmental problem, but to gain power over the lives of individuals by rationing energy and taxing away our wealth in the name of environmental salvation. What we need salvation from is the environmental zealots and the plans they have to choke us with regulations. You had better learn what "cap and trade" is all about because it will soon be foisted on you as our Congress barrels full speed ahead with everything environmental. Just a thought.

This is a very good post. I think a lot of people would be surprised by the truth of a lot things the media tries to tell us if they would just do a little research themselves. I'm always surprised by people jumping on the bandwagon when they really know nothing at all about the issue. Is this what they call the blind leading the blind?