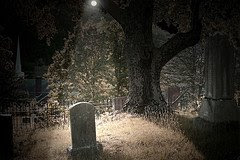 The Death of Common Sense
By Lori Borgman
Three yards of black fabric enshroud my computer terminal. I am mourning the passing of an old friend by the name of Common Sense.
His obituary reads as follows:
Common Sense, aka C.S., lived a long life, but died from heart failure at the brink of the millennium. No one really knows how old he was, his birth records were long ago entangled in miles and miles of bureaucratic red tape. Known affectionately to close friends as Horse Sense and Sound Thinking, he selflessly devoted himself to a life of service in homes, schools, hospitals and offices, helping folks get jobs done without a lot of fanfare, whooping and hollering. Rules and regulations and petty, frivolous lawsuits held no power over C.S.
A most reliable sage, he was credited with cultivating the ability to know when to come in out of the rain, the discovery that the early bird gets the worm and how to take the bitter with the sweet. C.S. also developed sound financial policies (don't spend more than you earn), reliable parenting strategies (the adult is in charge, not the kid) and prudent dietary plans (offset eggs and bacon with a little fiber and orange juice).
A veteran of the Industrial Revolution, the Great Depression, the Technological Revolution and the Smoking Crusades, C.S. survived sundry cultural and educational trends including disco, the men's movement, body piercing, whole language and new math.
C.S.'s health began declining in the late 1960s when he became infected with the If-It-Feels-Good, Do-It virus. In the following decades his waning strength proved no match for the ravages of overbearing federal and state rules and regulations and an oppressive tax code. C.S. was sapped of strength and the will to live as the Ten Commandments became contraband, criminals received better treatment than victims and judges stuck their noses in everything from Boy Scouts to professional baseball and golf. His deterioration accelerated as schools implemented zero-tolerance policies. Reports of 6-year-old boys charged with sexual harassment for kissing classmates, a teen suspended for taking a swig of Scope mouthwash after lunch, girls suspended for possessing Midol and an honor student expelled for having a table knife in her school lunch were more than his heart could endure.
As the end neared, doctors say C.S. drifted in and out of logic but was kept informed of developments regarding regulations on low-flow toilets and mandatory air bags. Finally, upon hearing about a government plan to ban inhalers from 14 million asthmatics due to a trace of a pollutant that may be harmful to the environment, C.S. breathed his last. Services will be at Whispering Pines Cemetery. C.S. was preceded in death by his wife, Discretion; one daughter, Responsibility; and one son, Reason. He is survived by two step-brothers, Half-Wit and Dim-Wit.
Memorial Contributions may be sent to the Institute for Rational Thought.
Farewell, Common Sense. May you rest in peace.
Note from Lori Borgman: This piece was first published March 15, 1998 in the Indianapolis Star. It has been "modified" and "edited" by others and circulated on the Internet, even sent to me several times. Imagine my surprise to see it attributed to some guy named Anonymous. If imitation is the sincerest form of flattery, I take having my work circulated on the web as a compliment.

No timelier words could be written than the article above by Lori Borgman. Sadly, common sense has been laid in a mass grave along with logic, objective truth, unadulterated history, godliness, traditional faith, manners, politeness, respect, honesty, patriotism, and a host of other fine human qualities that give people the ability to live together harmoniously. Sadly, many these days don't have a clue as to what is missing or why it might matter. For my part, I mourn the loss and miss the people who were known for living according to these noble restraints. May they rest in peace. Just a thought. (Ed)
Posted by Ed Skidmore at 9:04 PM